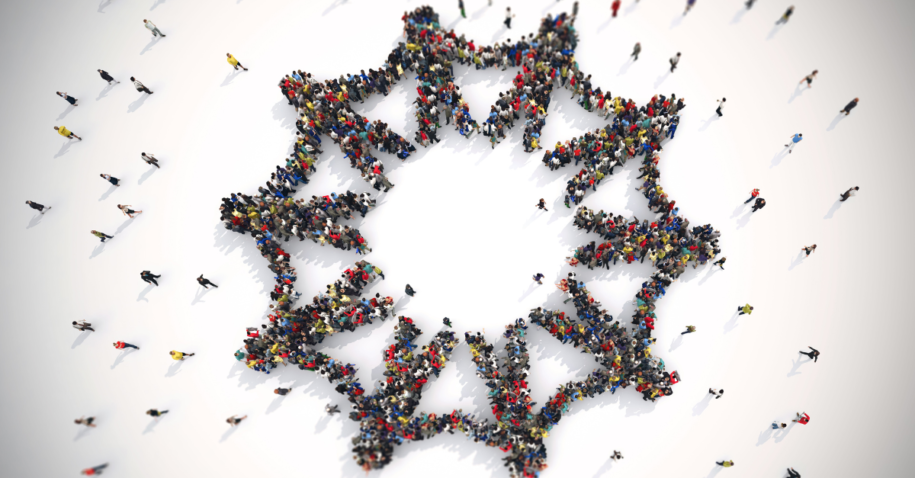 Carving out an equitable ecosystem in trade

Earlier this month, Dr Ngozi Okonjo-Iweala, Director-General of the World Trade Organization (WTO), urged a deepening and diversifying of supply networks to unlock the economic potential of historically marginalized countries and communities.

“Unlocking Trade for Women’s Empowerment and Sustainable Development”, an event hosted by the WTO and International Trade Centre (ITC) in June, brought together entrepreneurs and enabling organizations to discuss the barriers women face in trade and promote an action-oriented approach to gender mainstreaming in the industry.

While women account for approximately half of the world’s population, they contribute just 37% of global GDP. The UN estimated in 2018 that improving women’s access to labor markets could add $28tn to global GDP by 2025 – of which at least $2tn would be contributed from women-owned small businesses. Additionally, equitable economic gender inclusion could fuel a 40% rise in global productivity, cites the World Bank, and unlock the potential of an untapped $15tn female economy in Africa alone.

The economic and social benefits of gender-inclusive trade are well established: inclusive participation in markets does not simply benefit women, it enhances the entire trade ecosystem. Effectively addressing the gender divide would have significant impact on global output, employment, and wages.

In recent years, an unprecedented question has been posed: has Covid negatively impacted women in trade? The answer is a resounding yes. During the event, Okonjo-Iweala suggested the “three Cs” (Covid, climate, and conflict) as major factors negatively affecting the gender/trade climate. Meanwhile Rebeca Grynspan, Secretary-General of UNCTAD, said: “A crisis is never gender neutral … And Covid-19 is no exception. It has set back gender equality by almost 40 years.

Although many hail advances in digital technologies as drivers of positive change that can aid in dismantling structural inequalities, others are skeptical that the current trajectory will only widen the digital gender divide, aggravating existing vulnerabilities, with parallel implications for trade.

Despite increased digitalization, the recent proliferation of worldwide connectivity has created a gender-tech gap of 12% globally, which widens to 31% in the least developed countries, finds the UN. Across Africa, only 24% of women have internet access, while seven out of 10 mobile users are male. Similarly, in finance, one billion women are still excluded from the financial system.

These disparities are further illustrated by stark contrasts in financing support for female-owned businesses, and micro/small to medium enterprises (MSMEs), in particular. Although women own one-third of the world’s MSMEs, only one in five of these participate in international trade.

The International Finance Corporation estimates that worldwide a $300bn gap in financing exists for formal, women-owned small businesses. Some 70% of women-owned small and medium enterprises also have inadequate or no access to financial services, reports Goldman Sachs. Meanwhile the World Bank places the overall financial gender gap as high as $1.7tn, adding that it would take 250 years to achieve economic gender parity.

In a statement earlier this year, on International Women’s Day, DG Okonjo-Iweala highlighted that businesses led by men are “twice as likely” as those led by women to be connected to international value chains, citing barriers such as weak business networks, poor access to market information, and difficulty in meeting global health and safety standards.

It’s clear that significant progress has been made in pursuing equitable economics, but amendments to legislation and policy are slow-moving processes, not least due to the complexity of effectuating cross-border consensus.

On its face, trade is gender-neutral; there are no explicit policies or terms that exclude women, but implicit biases in areas like policy-making, trade agreements, and import/export costs often lead to detrimental effects such as “pink tariffs” – the tendency for products and business-related customs costs to be more expensive if female-oriented.

Only a handful of countries and regions have adopted explicitly gender-responsive policies, frameworks or free trade agreements, among them Chile, Canada, Sweden, and the European Union. However, these policies tend to be “soft” in their application, lacking precise measures or rules that would engender true equity. What is required to tackle systemic barriers is a cooperative, simultaneous approach from all players in this ecosystem – governmental, private, and public interests.

In many ways, the corporate sector is better equipped to produce substantive change, facing less bureaucratic roadblocks and having easier access to global markets and partners. In particular, technology firms are uniquely positioned to nurture digitalization as a tool for reducing inequalities, offering cutting-edge technologies and data-driven solutions vis-à-vis credit scoring and lending for women-owned firms, and serving as a bridge between traders and financial institutions.

A predominant concern has emerged in recent years at the lack of gender-disaggregated data to elucidate gaps and barriers. Bodies such as the WTO, ITC, and World Bank are focusing on growing their datasets to improve outcomes, and as fintechs continue to evolve, they can help alleviate this deficiency by supplementing databases.

According to the Asian Development Bank (ADB), the key to bridging financing gaps and tailoring financial products geared to women is through tech, and must begin with better data. “Without data, financial institutions do not have a clear understanding of the potential market opportunity to provide financial products and services to women,” reports the ADB.

Historically, lending to women has been highly constrained by the risk aversion of banks, particularly considering their lack of traditional collateral, such as houses and land, and obstacles in obtaining official identification. Fintechs and the digitization movement are driving creative and more inclusive solutions involving psychometric data, credit scoring algorithms, or alternative means to assess risk instead of relying on traditional methods like collateral, previous work history or entrepreneurial success.

As Okonjo-Iweala stressed in June, moving from commitment to action is crucial, and removing gender barriers in trade isn’t simply an ethical issue: “It’s an economic issue. It’s a social issue. It is the key issue … In this process, which I think of as re-globalization, women have to be at the center.”

For more on gender-inclusive trade initiatives, check out: