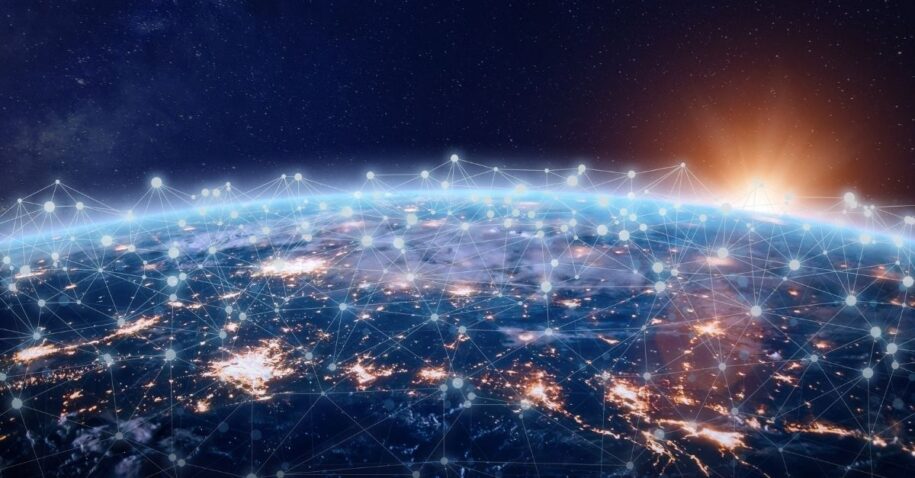 The pace of change for trade digitization has been ‘blistering’ over the past 18 months as the pandemic made clear that paper and manual compliance processes are inefficient in global crisis.

When Covid-19 spread around the world last year, uncertainty washed over every aspect of our lives. For trade, ports were shut, couriers carrying vital trade finance documents ground to a halt, and demand for medical goods soared while other products plummeted. It was unclear how companies would cope with such an unprecedented situation.

The pandemic has forced rapid change across trade. Workers logged in from home, with digitization catapulting up the agenda of banks, suppliers and buyers. At the same time, online scams exploiting trade’s intricate nature surged at an alarming rate, providing insight into how criminals of the future will operate.

If it was not clear before, the past 18 months have proved that paper documents and manual compliance processes are inefficient – and no good in global crisis.

There is no question that global trade still faces uncertainty in the short term – supply chains are under increasing pressure from soaring demand as economies reopen from lockdown, leading to container shortages and rocketing freight rates. But there is a markedly clearer picture emerging of what trade will look like in the long term. We examine three ways our industry is changing.

Players in trade were already digitizing their operations and processes before the pandemic, some with more urgency than others. Travel restrictions owing to the virus acted as a catalyst to these plans, with digitization now at the core of business strategies.

At the height of uncertainty in April last year, the International Chamber of Commerce’s (ICC) digitalization working group outlined practices being used by global banks amid the crisis. The ICC also shared some guidance, including on e-signatures and digitizing anti-money laundering processes, to support stakeholders. “Paper is the financial sector’s Achilles heel. The disruption was always going to happen, the only question was, when,” the ICC said.

The benefits of digital trade have not changed, but when the world was forced online, they were quickly realized by parties scrambling to get deals completed. The Bankers Association for Finance and Trade (Baft) has called the pace of change “blistering” in its Progress on Trade Digitization in 2021 whitepaper.

Though it added the situation is not all “rosy” with some solutions arising amid the pandemic proving unsustainable. In the absence of standards to facilitate interoperable data, the abundance of digital initiatives has increased complexity. In this landscape, it will be necessary for platforms to be flexible and embrace integration with other solutions.

With an increasingly digital landscape, it has never been more important for stakeholders in trade to utilize intelligent compliance solutions that effectively combat economic crime.

As banks, suppliers and buyers moved to fully embrace digital transformation in the last year, so too did criminal enterprises seeking to capitalize off rapid – and frantic – change.

“The pandemic has made it even more urgent to track illicit financial flows,” said Steve MacFeely, chief statistician at the United Nations Conference on Trade and Development (UNCTAD) in April. “Without resources, countries will not be able to achieve SDGs [Sustainable Development Goals], and progress that has been made may even be reversed.”

The ability to tackle illicit financial flows in trade is hindered by a lack of comprehensive data. At present, trade data is scattered in various non-standard formats which makes it difficult to identify the warning signs of economic crime, allowing criminals to slip through the data cracks.

Intelligent solutions are increasingly being deployed across value chains to interpret data and intercept crimes in real-time rather than after the damage is done. Only when such technologies are adopted can we expect to root out economic crime, whether that is discrepancies in documents, manipulation of containers and vessels, or trade-based money laundering.

Effective digitization of trade will only be achieved with cohesive frameworks for data standards and the adoption of AI platforms that standardize data in different formats or mediums, from paper to IOT signals. There has been rising technical and official progress on digitization as laws are modernized for the digital era, industry carves out initiatives and solutions scale up.

Singapore adopted the UNCITRAL Model Law on Electronic Transferable Records, or MLETR, into domestic law this year, giving electronic bills of lading the same legal footing as their paper counterparts. Bahrain was the first country to adopt MLETR in 2019. Meanwhile the G7 leadership has called for the rapid adoption of digital standards in trade.

In August, the ICC announced the formation of an industry advisory board to support the body’s Digital Standards Initiative, which aims to “drive greater adoption of existing standards and create new frameworks to unify digital trade processes”.

There has also been progress at the policy level. In Germany, Thailand, the UK and US, the ICC or equivalent bodies have established or expanded public-private dialogues to advance digitization, states the Baft whitepaper.

While governments, industry and technology companies are working together more cohesively, there remains much work to do before digital trade can be seamlessly adopted in a post-pandemic world. Nevertheless, the progress being made is substantial and indicates that players understand the power of digitizing trade.